Is There A Space For Better Fiscal Accountability In South Africa’s Metropolitan Municipalities?

By Adi Kumar and Ryan Fester

South Africa is considered a ‘young urban nation.’ Over 15 million people live in the country’s five metropolitan areas and account for roughly 64% of the population. The majority of these residents are considered ‘young,’ ranging in age from 15 – 34. The hyper-urbanized nature of the South African population is not unique to the rest of the world: over 50% of the world’s population lives in cities. But the pressures of urbanization have become increasingly acute with a sluggish economy, creeping unemployment, and burgeoning informality.

URBANIZATION AND LEGACIES OF THE PAST

Urbanization with associated informality and unemployment (the official unemployment rate in South Africa stands at 27%, although unofficial figures put it closer to 45% in historically disadvantaged ‘townships’) has had three main consequences: 1.) it has significantly burdened the nation’s welfare and social grants system, which currently supports close to 16 million citizens across the country; 2.) it has exacerbated violent crime and deepened structural inequality; and 3.) it has amplified historical race divisions into intersectional class and gender divisions.

This national phenomenon is significantly magnified in the urban management of South Africa’s metropolitan municipalities (metros), particularly Cape Town. The inequalities associated with urbanization are manifested both spatially and economically, with the majority of the poor living on the periphery. It is estimated that working class citizens spend up to 40% of their income commuting to better economic opportunities, but the public transport system has, over time, become unreliable and unsafe. In addition to the cost of transport, the housing and basic services crisis in Cape Town is prevalent, with an estimated 204 informal settlements and thousands of backyard shacks predominantly situated in poor black and coloured neighbourhoods located on the periphery of the city, reinforcing apartheid spatial planning and increasing fiscal pressures on local government.

There are also increasing fiscal pressures on the City of Cape Town’s local government that have severely impacted service delivery. This past financial year, residents in Cape Town owed the local government $6.8 million in property rates and taxes (most of the state-subsidized housing stock on the periphery- both ownership and rental- do not pay any property rates), and severe drought in 2017/18 put unprecedented fiscal pressure on the city to deliver services whilst investing in climate-proof infrastructure.

In response, these urban crises, South Africa’s national government introduced a number of municipal-level legislative and fiscal instruments. However stringent grant conditionality, the opaque nature of the developmental process and rampant corruption have limited any form of innovation to the urban crisis. These issues are compounded by a weak public participation process that diminishes citizen voices and limits fiscal accountability. Thus, despite significant government policy frameworks, the apartheid spatial form and race/class/gender divisions continue to prevail.

FISCAL ACCOUNTABILITY AS A CONSTITUTIONAL RIGHT

Public participation sits at the heart of the South African constitution, but despite progressive legislation and frameworks, the realization of active citizenry and true participation remains a pipe dream. This has resulted in recurring service delivery protests, and ultimately, poor urban governance which is significantly visible in the fiscal accountability sector. Public sector budgeting, particularly in metropolitan areas, is generally seen as the key lynchpin in urban development decision making. However, attempts to comment on budget planning and expenditure by civil society organizations has had a limited impact for three primary reasons. First, the budget document is incomprehensible for the common citizen. It is presented as a 600-page hard copy document and doesn’t provide legible information on specific neighbourhoods or wards. The information the budget document provides can only be unravelled through deep analysis and requires specialists who can decipher spreadsheets. Second, public participation in the budget process happens after decisions by the City Council have already been taken. Third, there isn’t a clear public framework that determines the criteria for decision making. The public sector does not share any models for prioritization of projects or service delivery interventions, and this lack of clarity makes the process susceptible to political interference and favouritism. Ultimately citizens are disempowered in key decision-making processes that significantly impact their lives.

In response to poor public participation and poor fiscal transparency, the Development Action Group (DAG) convened a number of civic organizations to discuss issues of urban governance in Cape Town with the intention of incubating an intersectional class and race coalition that could influence equitable development and investments. Participating organizations ranged from affluent civics in well-located neighbourhoods to communities living in informal settlements and backyard accommodations. These engagements were known as the Cape Town Civics Conversations. The dialogues were electrified with affluent civics relating middle-class issues like traffic, street lighting, etc. to poorer backyarder shack dwellers stating ‘that while affluent civics are concerned with speed bumps and high-speed internet, I was born in a backyard shack and have been living there for over 50 years, with no sight of land or housing.’

Ultimately, the civics conversation is not about specific issues, but about a lack of transparency and accountability. Civics have limited influence over local government decision making, and most tactics to hold the local government accountable are failing. To this end, two civic coalitions emerged with the aim of redefining public participation and fiscal accountability: the Civic Action for Public Participation (CAPP) coalition was formed in partnership with six inner-city civic organizations, and an organic formation of roughly twenty civic organizations in Mitchells Plain, a historically segregated area on the periphery of the city, was formed under the umbrella of Mitchells Plain United Residents Association (MURA).

As a means to frame new forms of citizen participation and improve fiscal accountability, both coalitions hosted a series of workshops and dialogues in their respective jurisdictions. CAPP developed a manifesto of principles to improve public participation that focused on transparency, information sharing, inclusivity, and accountability. MURA developed resolutions for greater accountability on land transactions, affordable housing, and economic investments. DAG continues to play a role in developing the capacity of civic organizations while producing research-based knowledge products. For example, DAG developed a web-based platform to strengthen civic solidarity and widen coalitions. As a result, civic coalitions continue to grow and explore deeper structural issues relating to inequality and justice.

Cross-class coalition building hasn’t been an easy task. While civics across class and race will agree that the issue of public participation is important, it is fairly obvious that neighbourhoods on the periphery are dealing with very different issues than their inner-city counterparts. Peripheral neighbourhoods are often characterized by high rates of violence and serious social ills while the inner-city is more focused on housing affordability, gentrification, and built heritage. This polarization often means that civics on the periphery may not feel as passionate about topics the inner-city civics may feel are pressing. Despite the contextual differences, cross-class coalitions continue to convene to discuss improved urban governance and social change. These urban governance issues are emergent but relate to proper public participation, fiscal transparency, and political and administrative accountability.

Three key lessons have already emerged from the dialogues which may be useful for civic activism elsewhere:

This article was published in the Fiscal Futures series on IBP’s blog as part of the Fiscal Futures blog series exploring some of the biggest issues that fiscal accountability enthusiasts are likely to encounter over the next 10 to 15 years. 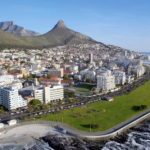 MEDIA RELEASE: Where Is The Inclusionary Housing Policy For Cape Town?Blog 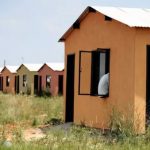 Is the sale of City owned rental stock a good idea?Blog