On Saturday 29th July 2019, the Mitchell’s Plain United Residents’ Association (MURA) and the Development Action Group (DAG) hosted a stimulating and engaging workshop entitled, Exploring Opportunities for Sustainable Community Development. At the event, the findings of an assessment of the assets and land available in Lentegeur and Rocklands (neighbourhoods in Mitchell’s Plain) as well as the findings of an analysis of the City of Cape Town’s (CoCT’s) budget priorities for Mitchell’s Plain, over the medium term, was presented.

The budget analysis showed that the CoCT classified Mitchell’s Plain as part of the Metro South-East Integration Zone (MSEIZ), where its primary objective is to connect the area with the Cape Town Central Business District (CBD).  In this context, Mitchell’s Plain is considered a generator land use (residential area) whose inhabitants require transport to attractor land use (employment nodes), in Wynberg and Claremont. The City’s foremost priority is the Phase 2A MyCiti route network, which includes efforts to establish new and improve existing transport infrastructure – budgeted at an estimated R9 billion. The fact that the project will remain a huge expenditure item of the City’s budget for the next decade reinforces its importance as a vehicle for economic development in Mitchell’s Plain.

Unfortunately, this perception of Mitchell’s Plain feeds into the notion of the area as a dormitory township, with the majority of its residents requiring transport to travel to employment opportunities outside of the area, rather than investing the funds in expanding economic growth in Mitchell’s Plain. Commenting on this, a workshop participant noted that similar to the apartheid era, Mitchell’s Plain residents are still treated as migrant labour, having to travel from far-flung areas to the “city” to access employment and so improve their livelihoods. Another resident stated that it will be important to ensure that when these infrastructure projects are implemented, labour is not outsourced but that associated job opportunities must be given to the many unemployed persons in Mitchell’s Plain, particularly the youth.

In relation to funds allocated towards economic development in the area itself, the City in 2001 already, as part of the Mayoral Urban Regeneration Project (MURP), identified Town Centre as a “nodal growth point”. For 2019/2020, the City set aside just over R1.76 million towards improvements in Town Centre. Participants’ sentiments were that this amount is wholly insufficient to address the many challenges that must be tackled to transform Town Centre into an economically viable entity that would benefit the community. Further lamenting the lack of adequate investment in Mitchell’s Plain’s government “growth point”, it was noted that Town Centre has deteriorated to a “glorified informal settlement for informal traders”, with investments made since 2001 not evident in the area.

Another bone of contention, as it relates to state budgeting for Mitchell’s Plain, was the priorities funded in Ward Allocation Projects for sub-councils 12 and 23, of which Mitchell’s Plain is comprised.  The overall budget for each ward is up from R850 000 (capital or operating funds) in 2019/2020 to R1 million per ward in 2020/2021. A review of the proposed budgeted amounts indicated that most wards allocated the majority of their funds to the development/upgrading of parks and recreation as opposed to job creation and life skills/upliftment projects for youth. Also, several wards prioritised the installation/repairs of Close Circuit Television (CCTV) cameras in their ward budgets.

There was general outrage and disdain with the sub-councils’ decision to prioritise projects not directly geared towards meeting the most immediate needs of the people of Mitchell’s Plain, which is job creation and youth upliftment. A councillor – who was part of the meeting – emphasised the importance of communities participating in the local government processes such as ward council meetings, Integrated Development Planning (IDP), Spatial Development Framework (SDF) and budget planning meetings. In response to this, a number of participants expressed the difficulties they experience in accessing their ward councillors – one participant having said that ward council meetings have become privatised with community activists branded as “trouble-makers” and sometimes even excluded from or required to refrain from speaking in ward council meetings. Moreover, community meetings to discuss pipelined projects, local development or plans and budgets to address community needs are not genuine opportunities for meaningful engagement with its intended beneficiaries. Instead, government officials present already prepared projects, plans and budgets merely seeking affirmation from communities, or “a signature on a register to prove that the obligation to engage in a consultation process was met”.

The lack of meaningful community participation and the extent to which blockages may have intentionally been put in place to prevent it is a major concern for both MURA and DAG. DAG centres its work on being people-centred, capacitating and providing the necessary facilitation to assist communities and civic organisations to have a voice and be part of the planning and successful implementation of government plans and projects aimed at developing their communities. However, in the absence of a firm commitment, which is given effect in practice from local government to open up spaces for community participation, the work of organisations like MURA and DAG becomes that much more challenging. It is hoped that platforms like the Forum for precinct-level planning, engagement and decision-making, established by the Mayor, Dan Plato, following concerted efforts by MURA – supported by DAG – to make participatory governance a reality in Mitchell’s Plain will assist in dealing with some of these challenges.

In relation to funds allocated to CCTV cameras, it was noted that those already installed are poorly managed, notwithstanding all the money being spent on it. Moreover, past experience shows that installing CCTV cameras does not decrease crime, thus requiring serious reconsideration of the choice to prioritise this line item as a response to high crime rates in Mitchell’s Plain.

Finally, in addition to the priorities discussed above, the CoCT allocated funds to strategic and social projects in Mitchell’s Plain, including inter alia

These projects may also provide opportunities for economic participation and ideally, the economic development of Mitchell’s Plain, during various points of its implementation.

What became clear at the workshop was the disconnect that can result in government priorities (budgeted and planned for) and what this community expressed their immediate needs are and how all government spheres, in cooperation with the community, must go about addressing these concerns. To fix the disconnect, communities require information, they require meaningful and open spaces for participation – not tick-box consultation events – and they require local, provincial and national government representatives who place a high premium on their inputs and who steadfastly refuse to exclude them from processes aimed at improving their lives and creating sustainable communities.

MURA, workshop participants and DAG left the workshop feeling activated and invigorated to continue the fight to develop the community and work hard towards improving the lives of all Mitchell’s Plain residents, ultimately becoming a valued part of an inclusive, safe, sustainable, efficient and resilient Cape Town. 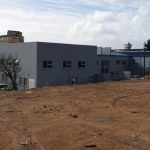 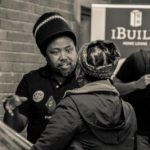