The tenth World Urban Forum in Abu Dhabi brought together thousands of advocates, civil society organisations, practitioners and government officials to discuss the impacts of urbanisation, housing, land and climate change. Panel discussions, round tables and networking sessions focused on addressing poverty, inequality and human rights. Despite the strong emphasis on accountability and transparency in the human rights literature, there prevails a reluctance to hold governments to account – both to their treaty commitments but also to their constitutional obligations. Amongst these sessions, as has often been the practice, there is seldom a debate about integrity and what it role it plays in shaping urban development for better or worse. Thus, the networking session on Cities of Integrity presented an amazing opportunity to revisit critical human rights debates through a very different lens.

The session highlighted key perspectives from different parts of the world and my takeaways as the session moderator are as follows:

Within the fairly regulated setting of WUF and its often normative discourses, the Cities of Integrity networking session opened a new set of dialogues and debates. In asking difficult questions, it pushed the boundaries for many of the participants – as the Chief Financial Officer of an African province stated: “it [the session] was refreshing and eye-opening”.

This session, for me, reinforced that fundamentals of social change rely on strong integrity-based institutions that are accountable both inwards and to their community partners. It is imperative for DAG, as a leading social justice organisation to lead by example and demonstrate highest degree of honesty and integrity in our work. This coupled with utilising instruments and dialogues in order to hold our public administration to account. 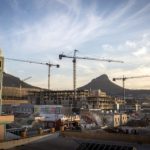 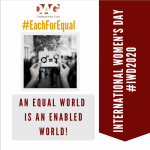