The Development Action Group (DAG) is deeply concerned about conditions and operations at the Strandfontein Sports Grounds, in Mitchell’s Plain currently housing more than a thousand homeless people. Commencing in early April, the City of Cape Town has been busing homeless persons from across the city to the campsite, where they are to be housed for the duration of the 21-day lockdown period announced by the President to curb the spread of COVID-19.

However, on Tuesday, 6 April 2020, a riot broke out at the campsite, with the unrest quickly quelled by the security sector’s use of rubber bullets and the arrest of three individuals who tried to “escape”. The use of violence and force against an already highly vulnerable group of people is highly unethical and inhumane. It is the government’s responsibility to ensure that the security sector is equipped and trained to respond humanely and compassionately when they respond to civic unrest involving a group as desperately at risk as homeless persons.

We are also deeply worried about the settlement arrangements, management and coordination of efforts to render services to homeless persons relocated to Strandfontein. The relocation effort appears to have been implemented in the absence of consolidated intergovernmental and sectoral coordination – an element which is key to effective emergency response and disaster management efforts. The City of Cape Town, it appears, completely underestimated the extent of services that would need to be delivered and consequently, failed to plan adequately and respond efficiently to the needs of the homeless. The challenges experienced at the Strandfontein campsite clearly indicate that what is needed is an array of different strategies to adequately respond to the various needs of a vulnerable group such as homeless people. Overall, the City of Cape Town has a responsibility to ensure that the settlement conditions, operation and management of the campsite upholds international standards for emergency shelter provision in disaster situations. We propose the following measures to ensure the same. We urge the city to take the following measures:

Consultation and Coordination at the Core
Rather than doing these relocations by force, there is significant capacity in civil society to manage this process. The support through local civics, community based organisations, Community Action Networks (CAN’s), NGO’s etc can enable a system to ensure the safety and relief to the homeless whilst supporting safe shelter solutions. The City of Cape Town must be more consultative and collaborative in safeguarding the homeless – particularly in the face of the extension of the 21-day lockdown period. From inception to date, efforts to relocate the homeless was done with very little consultation – with NGOs able to assist The City of Cape Town, residents in the host community, CAN’s and the homeless themselves.

Create Sustainable Solutions to Homelessness by Utilising Public Land
It is imperative that current responses – albeit to emergency disaster relief – be implemented with long term sustainability at the forefront. The current crisis has demonstrated starkly that the social sector severely lacks the capacity and available space to accommodate Cape Town’s homeless people. To date, significant financial (and other) resources – according to the City of Cape Town R23 million to service the four campsites housing homeless people and refugees – have been invested in the relocation effort and this amount will increase considerably as the national lockdown is extended. Public land, including the City’s abandoned buildings and vacant land currently identified as spaces to houses the homeless and quarantine sites, could just as well have been used to create sustainable housing options to homeless people. Facilities such as the Pickwick Transitional Housing site, shelters managed by Streetscapes, etc. clearly show that it is possible and feasible for the City of Cape Town to use existing public resources, including land and buildings, to meet the needs of its most at-risk citizens.

Consider Alternative Approaches to a Centralised Model of Relief
We strongly advise against moving more homeless people to either of the four existing campsites. Instead, we urge the City of Cape Town to consider a parallel response with more long-term – beyond the current crisis – solutions in mind. Experience shows that over the long term and with an inadequate organisation and an efficiently coordinated approach, large emergency response mechanisms become extremely difficult to manage and increasingly more expensive. Over the long term, relocating more people to current sites will simply increase the pressure to properly manage the site.

Conclusion
We fully support the City of Cape Town’s declaration that it would cease the relocation of homeless persons to Strandfontein, made on Wednesday (8 April). In light of the above, the Development Action Group urges the City of Cape Town to review its current relocation strategy to shield the homeless during this trying time, not only at Strandfontein but also similar sites. As an organisation dedicated to providing support and capacitation to vulnerable communities to access adequate, safe and decent accommodation, we reiterate our support to the City of Cape Town and others involved in our collective attempts to respond to this unprecedented time of challenge and adversity.

This website uses cookies to improve your experience while you navigate through the website. Out of these, the cookies that are categorized as necessary are stored on your browser as they are essential for the working of basic functionalities of the website. We also use third-party cookies that help us analyze and understand how you use this website. These cookies will be stored in your browser only with your consent. You also have the option to opt-out of these cookies. But opting out of some of these cookies may affect your browsing experience.
Necessary Always Enabled

Performance cookies are used to understand and analyze the key performance indexes of the website which helps in delivering a better user experience for the visitors.

Analytical cookies are used to understand how visitors interact with the website. These cookies help provide information on metrics the number of visitors, bounce rate, traffic source, etc.

Advertisement cookies are used to provide visitors with relevant ads and marketing campaigns. These cookies track visitors across websites and collect information to provide customized ads.

Other uncategorized cookies are those that are being analyzed and have not been classified into a category as yet. 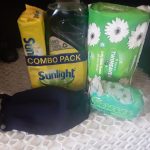 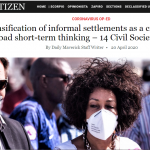