Mail & Guardian: Asivikelane campaign gives a voice to those living in informal settlements

About a week ago a municipal official contacted one of the partners of the Asivikelane network trying to find out why his municipality had still not been given the green light in our bi-weekly findings, even after they had delivered water tanks to informal settlements.

When this query was followed up with community leaders, it was discovered that in one settlement, tanks had been delivered but not yet filled with water. In another settlement, there were not enough water points for the number of households in the settlement and existing taps were broken.

After this exchange of information, the municipality addressed these problems, illustrating the power of citizens to hold the government to account with collective action.

Asivikelane provides a platform for residents in informal settlements to communicate severe water, sanitation and refuse removal shortages during the Covid-19 crisis. It is a growing network that already brings together 153 informal settlements in five metropolitan municipalities and five smaller towns.

The number of informal settlements grow rapidly, as response time to basic service issues is reduced and other nongovernmental organisations join the campaign. Every two weeks, more than 428 participants from informal settlements are asked three simple questions: Was water available every time that you needed it over the last week? Were the toilets cleaned in the last seven days? Was waste collected in your settlement in the last seven days?

There is obvious and clear evidence that hygiene and handwashing has a direct correlation to  the spread of the pandemic. Every possible resource has to be centred to ensure that the estimated 1.2-million households in informal settlements and the invisible number of “backyarders” have access to water and decent sanitation.

But we should not waste this crisis by only focusing on the short term. This is the precise moment to think further and address the matter of basic services once and for all. Here are five reasons why it is essential for the future: 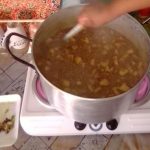 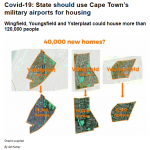