In his address to the nation on 20 April, President Cyril Ramaphosa said: “There can be no greater injustice than a society where some live in comfort and plenty, while others struggle at the margins to survive with little or nothing at all.”

Nowhere is this injustice clearer than in access to land and housing. So why is the state not using well-located urban land which it owns to house people in this time of crisis?

In April, the minister indicated that her department had identified 17 land parcels (3,100 hectares) where temporary shelters were to be constructed. Various civil society groups have argued that this is bad, short-term thinking and have called instead for more effective and sustainable responses to the specific challenges faced by people living in densely populated areas.

In the face of the imminent roll-out of de-densification, we now urge the state to release well-located urban land as a health and safety response to Covid-19. The state, including national departments, the Western Cape provincial government, the City of Cape Town, state-owned enterprises such as Transnet and Eskom, owns vast tracts of unused or under-utilised public land in well-located areas across Cape Town. This is in the face of a substantial housing backlog of over 358,000 persons. Yet government, at all levels, has failed to release state land.

The Province and the City, in particular, have chosen to dispose of well-located land at the highest market value, with most of these disposals failing to yield additional housing options. But the failure to release land also extends to national government.

Five well-located parcels of land owned by the national government – Culemborg, Ysterplaat, Youngsfield, Wingfield and Denel – could deliver more than 100,000 affordable houses in mixed-use developments. These five parcels alone are big enough to meet half of the City’s housing needs.

Despite the Defence Minister’s 2017 announcement that her department was intent on “sweating” some of these assets, these sites continue to lie vacant and unused, in the hands of this department. Read more…https://www.groundup.org.za/article-print/covid-19-state-should-use-cape-towns-military-airports-for-housing/ 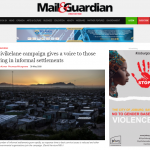 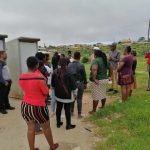