GroundUp Op-Ed: How to respond to Cape Town’s surge in land occupations

Cape Town has its hands full with land occupations. Fiery commentary from the national Minister of Human Settlements, Mayco Member for Human Settlements and Mayor emphasises the need to protect public and private land. All state that lawlessness is not to be tolerated.

The spheres of government have also systematically blamed each other for the failures. The national minister claims that the City of Cape Town is unable to protect land or the rights of the evictees. The City blames national legislation, the national department and the courts for failing to address occupations.

The Prevention of Illegal Evictions Act is clear in its protection of citizen rights and obligations of the state. Undoubtedly, land invasions complicate and derail development planning and implementation. Land availability is finite and if land earmarked for housing development gets occupied, it has a staggering impact on any structured housing programme.

It is also clear that each municipality including the City of Cape Town, spends significant money protecting land parcels from occupations and fighting battles in court. Recently many parcels of occupied land have been provided with a basic level of services, potentially at the cost of servicing other areas.

Given the history of the country it is unlikely that land occupations will cease or that government will be completely in control of housing development. Instead, rather than the yearning for control and stability, we need to embrace this complex situation. And use the occupations to rethink our approach to addressing the country’s housing crisis.

So why are land occupations happening? Read more… https://www.groundup.org.za/article/how-to-respond-to-cape-towns-surge-in-land-occupations/?fbclid=IwAR22UEaqgz6-i-TtsN-OBoEvLSE7_9GRqFt5NlKIqCPCIRJ50A4buIKypVI 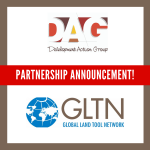 ANNOUNCEMENT: DAG is now a full member and partner of GLTNBlog 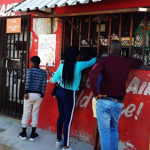