1in5 people live in informality: DAG Reaction to the State of South African Cities Report

Earlier this month, the South African Cities Network (SACN) released their State of Cities Report (SOCR). A report that is published every 5 years by the SACN, to provide an overall picture of the state of South African cities and their functioning. The most concerning finding from this report is that currently in South African cities one in five people live in informality and this is only projected to increase.

According to the SOCR released earlier this month, the number of people living in Cape Town informal settlements, has increased slightly from 2011 to 2019 as people continue to move to cities where there is economic growth and access to jobs. Many of these newcomers, however, end up in informal settlements where the number of people living in informal dwellings or homes has increased by 0.9%. Considering high levels of population growth and urbanisation, which is likely continue, the SOCR notes that the state, local government in particular, will have to increase its capability deliver to existing and newcomers to the cities.

DAG, as an organisation that works closely and engages with displaced communities and community partners – many who live in informality, acknowledges the notion that people move to cities and take up residence in informal settlements so that they can be close to jobs and employment opportunities. Our engagements with community partners and others in similar conditions emphasize that achieving spatial transformation or realising an inclusive city that is equally open to everyone, regardless of their income or race, is very important.

For decades, DAG alongside our community partners, have called for the release of well-located public land for the use of affordable housing development as one way of taking us closer to achieving spatial equality. With the findings of this report in mind, we reiterate this call to the state, particularly the City of Cape Town (City) – as we work alongside the city, our partners, the private sector, and anyone committed to ensuring equal access to housing for all.

Learn more from the Newzrroom Afrika video clip below, which looks at the findings of the latest State of South African Cities Report which indicates that 1 in 5 people in Joburg and Cape Town, live in informal settlements… 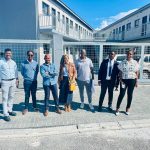 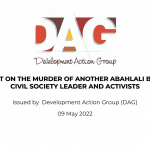