Informal Settlements: Collective Advocacy to Open the Channels of Communication

Civil change waits for nobody! With this in mind, informal settlement leaders, activists, representatives, and residents from across Cape Town convened at a dialogue hosted by DAG on Saturday, the 17th of September. The Dialogue was a platform for in-depth discussion about priority issues that affect people across informal settlements and to workshop with participants how they can collectively advocate to improve their conditions. Saturday’s engagement titled, “A Forward-Thinking Approach to New and Existing Informal Settlements Across Cape Town”, represents Urban Dialogue V in DAG’s ‘Urban Land and Housing Dialogue Series’. Participants were excited to have an engaging conversation that addressed issues close to home and heart and to co-create appropriate responses / solutions driving their own development.

As the population in Cape Town continues to grow, the number of people who need housing and basic needs increases. According to the South African Cities Network (SACN), one in five (1 in 5) people in South African cities live in informality and this is only expected to increase. Official plans and approaches to informal settlement residents’ need for housing and basic services are unclear and opaque. The “who, what, when, where, and how” of action that will be taken to address informality is a mystery to those most affected by it. For these reasons, we set out to have an in-depth discussion about priority matters of mutual concern for people residing in informal settlements and based on which they can collectively mobilise in driving their advocacy efforts.

The Dialogue took the format of a workshop, with over 60 participants from various areas including Khayelitsha, Ndabeni, Mfuleni, Delft, etc. The first part of the workshop was geared towards a focused conversation about the priority issues affecting settlements across the city. During this session, settlements leaders from three organisations, namely Intlungu Yasematyotyombeni (IYM), the Women’s Movement, and Indibano represented their communities and spoke of the key issues that need immediate attention. From this it became clear that the issues are cross-cutting and that it is only through collective action that they will be addressed. The second part of the workshop included a discussion on how informal settlement organisations/representatives can partner with one another and collectively advocate to effect positive change. Officials unofficially representing the City of Cape Town’s Planning and Human Settlements Departments offered their insights and advice on how informal settlements can best engage the City to address challenges. Here, community mobilisation and the need for information and capacitation around approaches and tactics used to engage the government were key factors.

Generally, the relationship between informal settlement (residents) and the local municipality is plagued by either a lack of information or complete misinformation. For instance, during the Dialogue, participants questioned how and by whom decisions about settlement classification as either Administratively Recognised or Un-authorised are made and what say they have in this process; whether the City has a pipeline for informal settlements that will be upgraded and if so, why this is not shared with affected communities; how decisions about budget allocations for upgrading, specifically for newly established settlements are made; what informs decisions about relocations; how information about possible relocation is shared with settlement residents; and what the exact process of relocation should be, etc.

Moreover, consistently, participants emphasised the lack of engagement between the government and informal settlement residents. In their view, the government is passing policies and bylaws with little regard for the people most affected by these instruments, them. The consensus was that the city develops policies “about us, without us”. Moreover, several participants explained that as active citizens they have tried different avenues, including sending emails, contacting their councilor or sub-council, etc., to communicate with the local municipality. However, such efforts have been met with silence or criticism in the media. The government, they stated, simply does not respond, or listen to the pleas of informal settlement residents. Sure enough, participants collectively expressed their desire for the city to open the channels of communication and to come to the table and have meaningful conversations with informal settlement residents, so as to co-create sustainable developments solutions.

Responding, although not on a mandate given to them by the municipality, the officials present advised on how to possibly bridge the communication gap between informal settlements and the city. Collectively mobilising communities around common issues is key, they noted. By having a collective agenda, leaders within the settlements can help to create a safe platform for continuous communication between different government departments and officials who are responsible for development within informal settlements.

There was a strong sense of urgency among informal settlement residents, regardless of the size, location, or length of existence of their own settlements, to use this and other platforms to work together to address housing and other mutual concerns. Invigorating this same sense of urgency in the minds and efforts/work of the City to address informality will be a driving factor of any collective action or activity. Finally, DAG’s continued work with residents emphasizing active citizenry and training is a key component to developing a unified platform for the informal settlements.

WATCH:  Informal Settlement Activists, Residents and DAG Researcher share their views and reflections regarding key highlights emanating from the dialogue and the way forward… 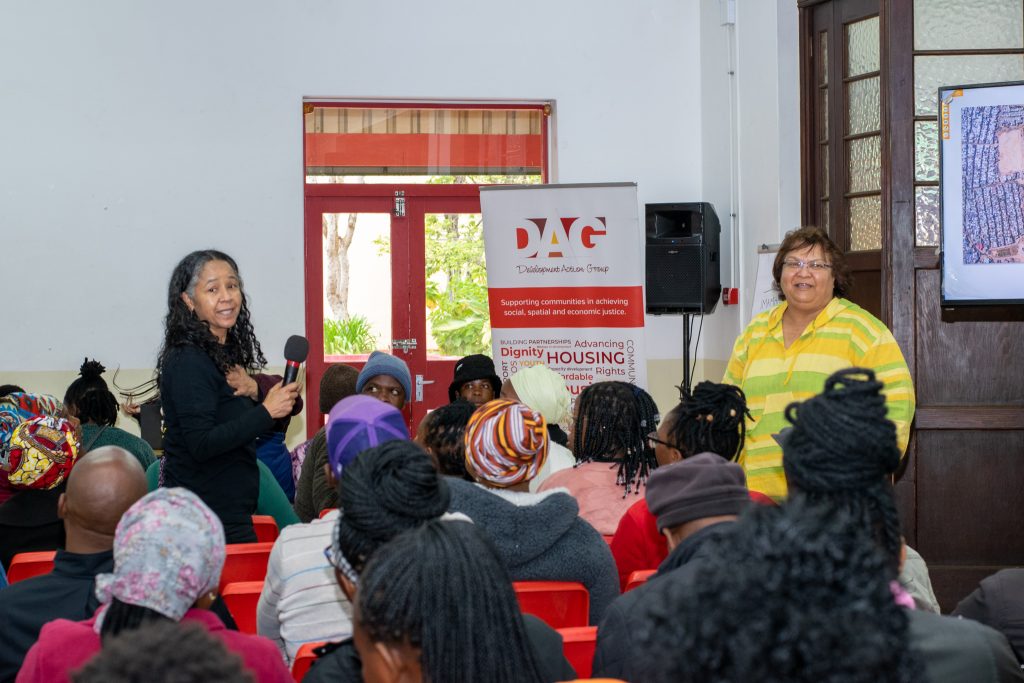 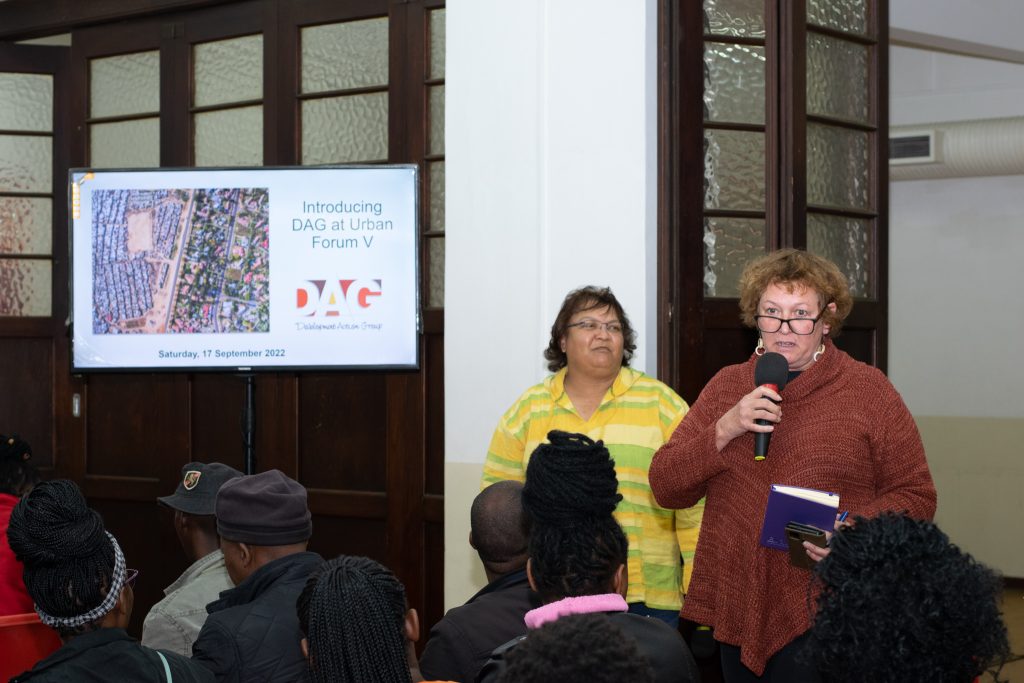 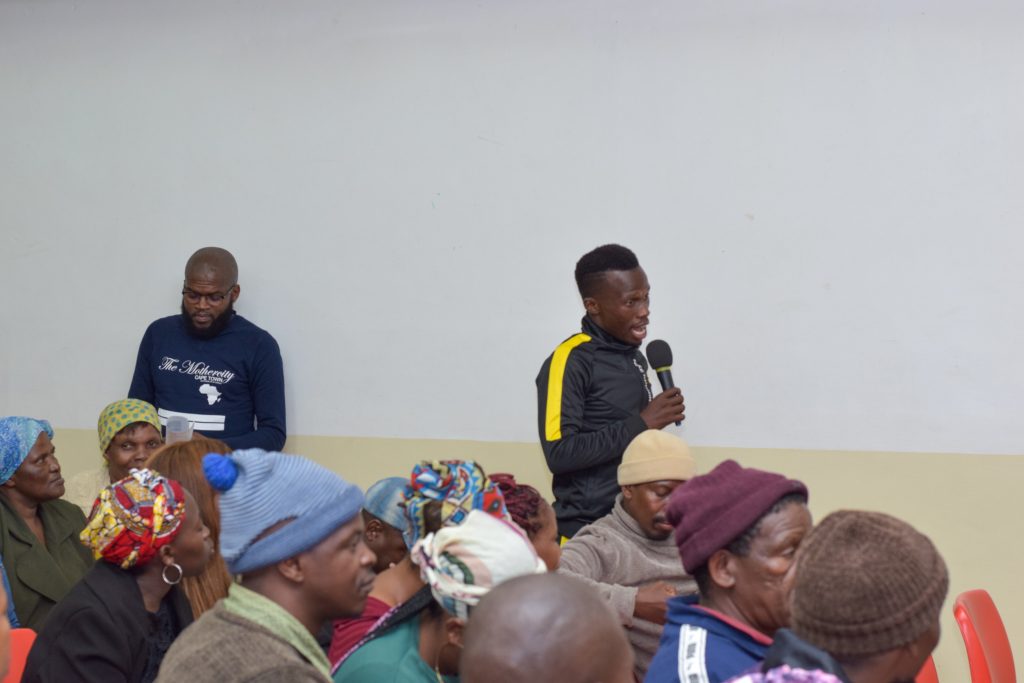 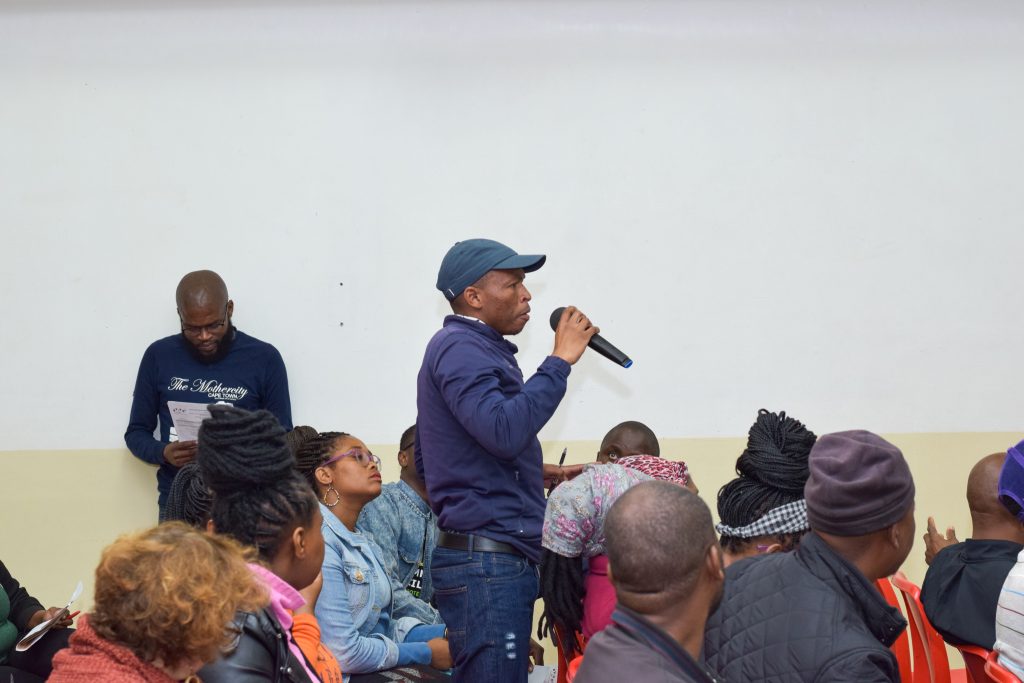 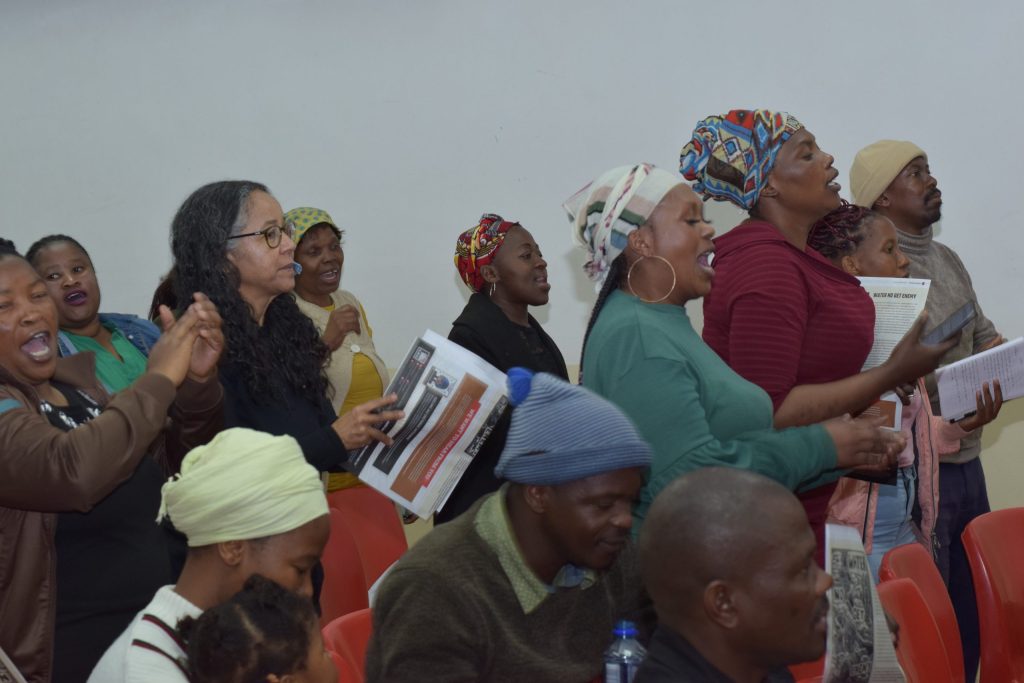 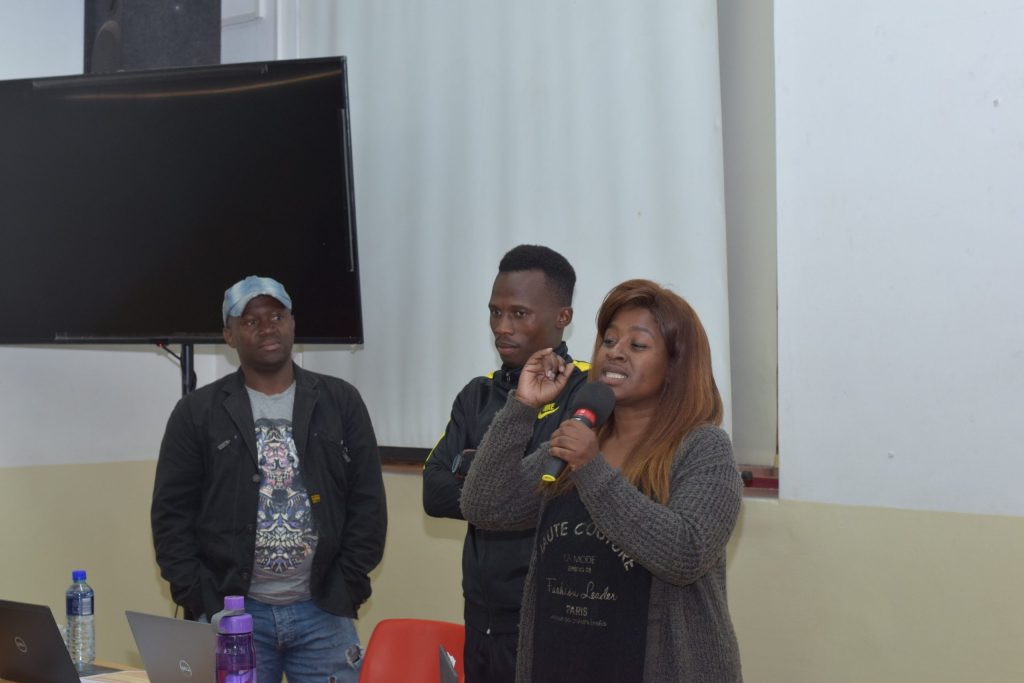 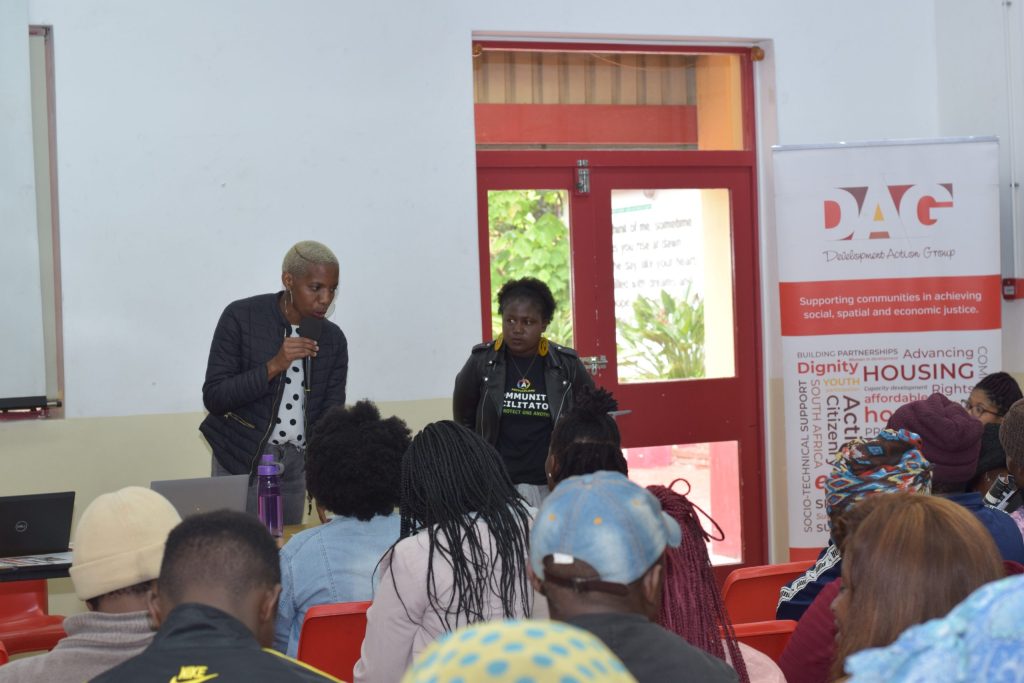 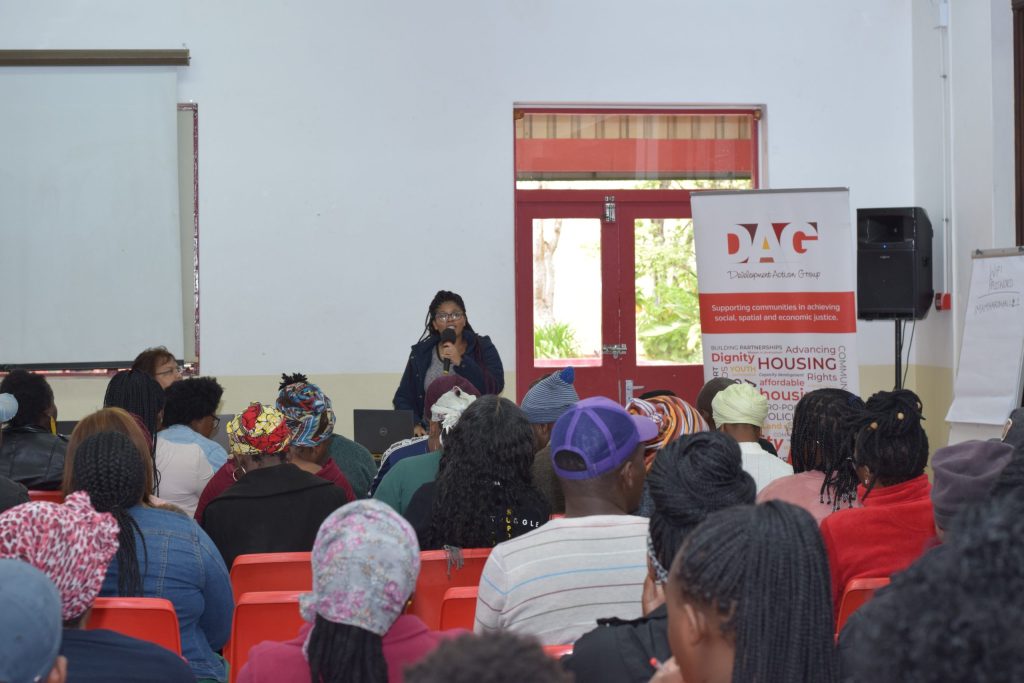 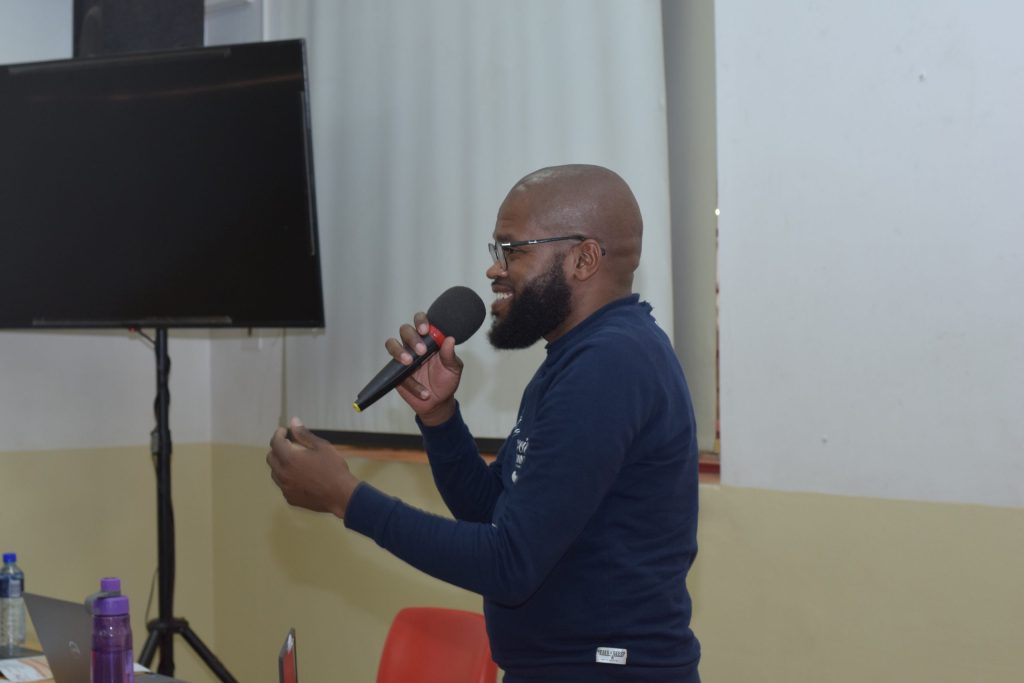 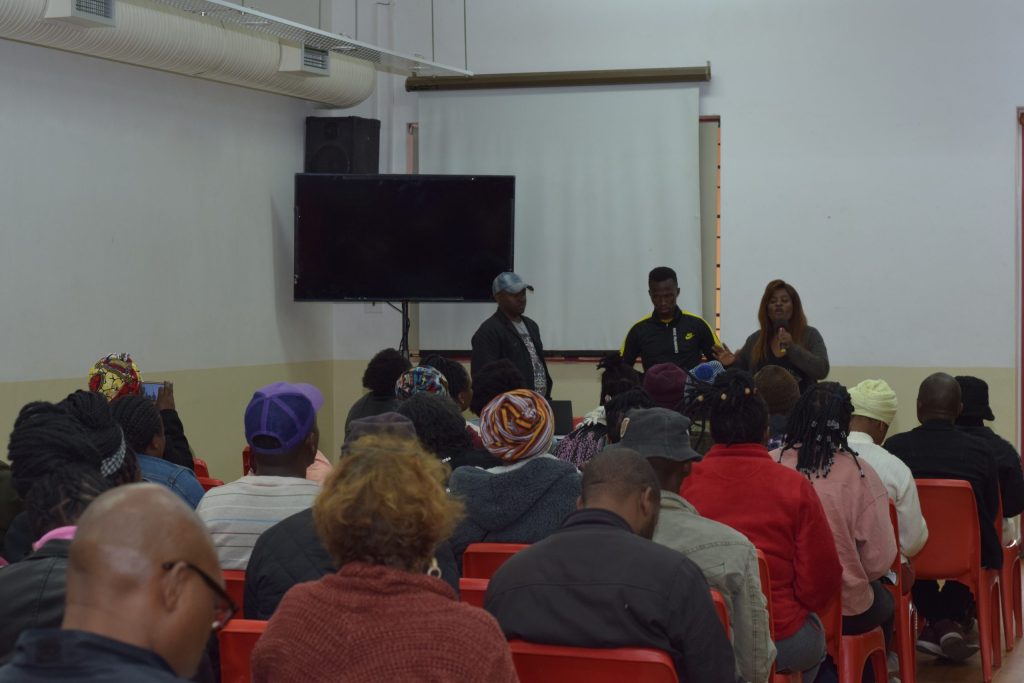 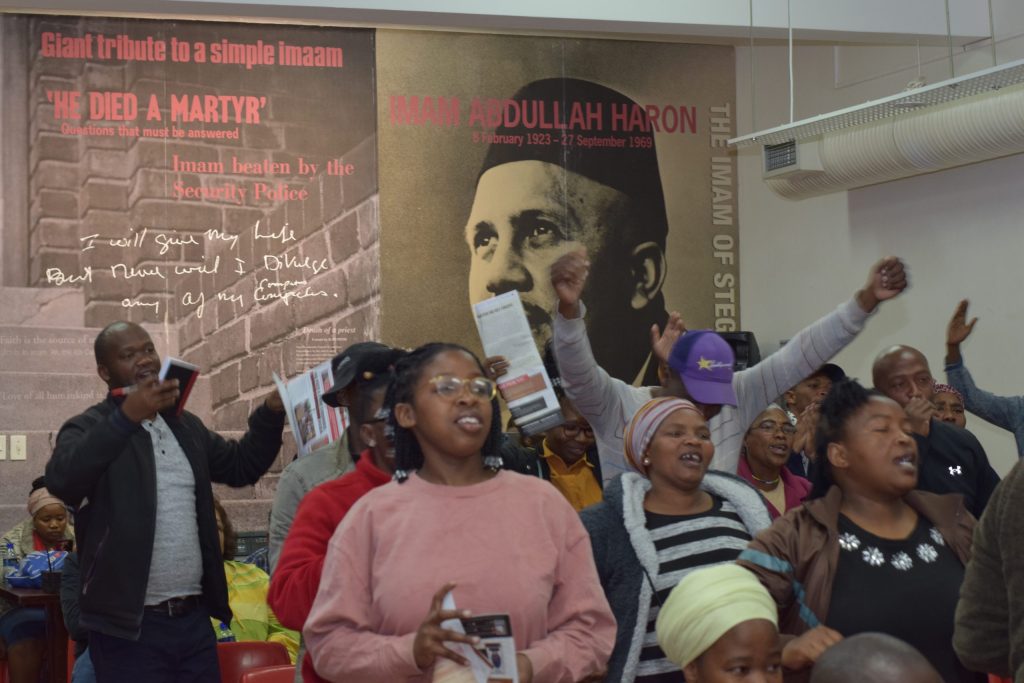 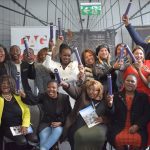 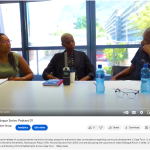